It was like following a trail of breadcrumbs - randomly scattered throughout a deep forest. One at a time, I found them, ate them, felt nourished and inspired, and then kept walking with my mother on her journey through Alzheimer's. Eventually the trail led me into collaboration with the creative and dedicated people who comprise the Healing Moments™ Alzheimer's/Dementia Education, Advocacy, and Ministry team.

The trail began during a phone conversation with my colleague, The Rev. Libbie Stoddard.  During the summer of 2004, I planned to spend two weeks in Iowa caring for my mother whose illness had progressed to the stage where she could not be left alone.  My sibling, who lived with Mom, was going on vacation, and Mom needed a substitute companion.  I searched the Alzheimer’s Association website for insights and found many facts and much information about the disease.  But what I wanted was a training manual for how to interact with Mom in positive, affectionate, effective ways.  My sibling had frightened me, saying Mom was uncooperative and combative, telling me I would need to manage Mom by threatening to take her to the mental hospital if she did not "obey" and/or give her anti-psychotic medication the doctor had prescribed.  I felt this was a dreadful and completely unacceptable way for me to interact with my confused, vulnerable mother.  There HAD to be another way.  Hearing my distress, Libbie suggested that I read Joanne Koenig Coste’s book Learning to Speak Alzheimer’s.  I ordered this book overnight express from Amazon.com and read it in the plane on the way from my home in Maine to Iowa.

Joanne Koenig Coste provided the next life-giving breadcrumb.  Somewhere over Michigan I read about the “Habilitation Approach” and communicating. The recommendation was for “care partners to place themselves in the patient’s world, no matter where that world is.” At that moment, I made the connection between this type of interaction and the skills I was learning in my improvisational acting class.  Which is another whole story.  Why I was and am still attracted to improvisation has been a mystery to everyone who knows me, including myself.  Outwardly, I’m not the type;  I appear to be shy and quiet and serious.  Rather than leave anything to chance, I would prefer to be in control of the entire universe, knowing at every second exactly what people will say and do, and knowing exactly what is going to happen next.  But Joanne helped me understand that the world of Alzheimer’s is completely the opposite - always unpredictable, always surprising - rather like regular life, if we are willing to acknowledge this reality.  That’s why I’m drawn to improvisation - it’s more like real life than most of us will admit.

As I continued to read Learning to Speak Alzheimer’s, it was clear that Joanne was naturally relating to her husband and other persons with Alzheimer’s using the improvisational exercises that were so unnatural to me, and I was working hard to learn.  Joanne is what the famous improviser, Keith Johnstone, calls a “Yes-sayer.”  She can naturally accept and say “Yes” to whatever life presents her.  I’m naturally a “No-sayer.”  Johnstone says there are more of us “No-sayers.”  We want things to be different than they are, and we try to make our desires into reality.  As I read about Joanne’s Habilitation Approach for communicating and connecting with persons with Alzheimer’s, I said to myself, “Yes, this is an inspired and healing idea!”  Although I knew from my own experience, that saying “Yes” is easier said than done, I decided to accept the challenge and try this form of communicating with Mom . . .  ​ 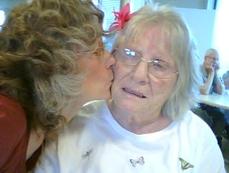 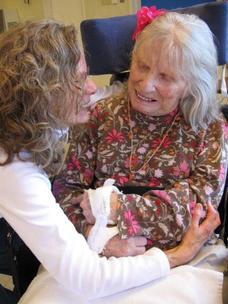 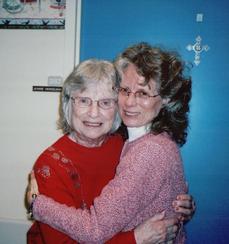 I decided to accept the challenge and try using improvisation for communicating with Mom. 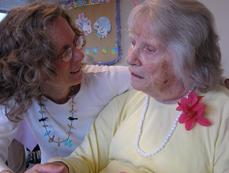 "Inspired by Life, Manifested by Grace" 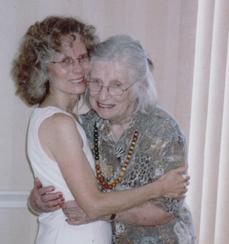 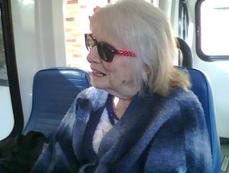 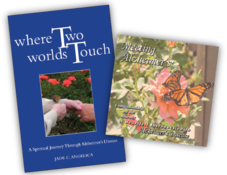 Celebrating the Beauty of living in the moment